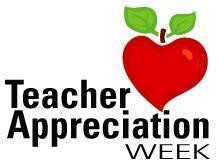 During TEACHER APPRECIATION WEEK, consider making a donation to the HINSDALE CENTRAL FOUNDATION in honor of someone who is special to your student.  This can include a teacher, coach, sponsor, counselor, or staff member.  Parents can even nominate their own former teachers/coaches and donate in their name!

The person you choose to honor will receive a letter with your message included, and a special certificate to display.  Your donation will help support programming that benefits teachers, students, and families throughout our RED DEVIL NATION.

WHEN YOU DONATE, THIS IS WHAT YOU CAN EXPECT:

*The recipient receives your message, which is also shared with the principal and the superintendent.  They will also receive a certificate of appreciation as well as public recognition in the school and local newspaper.

*Hinsdale Central students, teacher grants, and programs will be funded by your donation, and the amounts remain confidential.
*This is a wonderful opportunity to give a teacher/coach/staff member the recognition of a “job well done.”

When you reply, let us know:

THIS INFORMATION AND THE MESSAGE SHOULD BE LEFT AND DONATION MAY BE MADE BY CREDIT CARD AT THE FOUNDATION WEBSITE LISTED BELOW…OR…PAY BY VENMO as @HCHS-Foundation.

Click this link to send us this information: https://hinsdalecentralfoundation.org/index.php/teacher-appreciation-week/
ON BEHALF OF OUR STUDENTS AND TEACHERS AT HINSDALE CENTRAL … THANK YOU!
A contribution to the HC Foundation provides enrichment opportunities for Hinsdale Central students today and in the future.

Do you know a special person who should be nominated to the Hall of Fame? Documentation to be considered for the 2022 Hall of Fame class needs to be submitted no later than May 1st. Nominations are now being accepted.

One Legacy. One Opportunity to get it right.

We have a historic opportunity for the Hinsdale Central Gymnastics community. Please help us in generating donations to convert the old swimming pool at Hinsdale Central into a quality gymnastics facility. Click Here for more details.

What wonderful news that Hinsdale Central High School was named a 2021 National Blue-Ribbon School.  The award was presented in Washington D.C. in early November.

The Foundation needs your continued financial support to continue our endeavors with the Hinsdale Central community of teachers, coaches, students, administrators, and parents.  Please consider making a tax-deductible donation this year through a check made out to the Hinsdale Central Foundation P.O. Box 296 Clarendon Hills, IL 60514 or by making a secure payment from our Annual Appeal page: Annual Appeal Page

You can also make your donation through VENMO to @HCHS-Foundation.  For your reference, our tax identification number is 36-3923384.  Thank you so much for your continued support.

Become a member of the Hinsdale Central Foundation!

The Hinsdale Central Foundation has been providing support to the High School from alumni, parents, community members, and business leaders since 1991. The Foundation has supported student and teacher enrichment since the onset through Teacher Grants as well as beginning Project Achieve that has become the Excel programs. The Foundation honors inductees into the Hall of Fame on a yearly basis. We are proud to support and honor academic scholarship across all four years of high school through our Young Scholars program. Join the Hinsdale Central Foundation to continue to support academic excellence, enrichment, teacher grants, Hall of Fame, artist in residence as well as many other areas that the teachers and administration identify for us.
Click Here for the payment page

As always, your contributions to the HC Foundation provide enrichment opportunities for Hinsdale Central students today and in the future.
ON BEHALF OF OUR STUDENTS AND TEACHERS AT HINSDALE CENTRAL…
THANK YOU!

The 2021 Hall of Fame inductees were:

• Tomi Adeyemi
Tomi is a 2011 Hinsdale Central High School graduate and has gone on to Harvard University to continue her studies. While at Hinsdale Central she participated in Student Council, Ambassador Club, Breaking Down the Walls, Forensics, and Student Body President. She emulates the character that defines success at Hinsdale Central High School which includes being kind, generous, honest, joyful and grateful. Two of her novels were honored on the New York Best Seller list including The Children of Blood and Bone which is being developed into a movie. She is a recipient of Forbes 30 under 30 in 2019, TIMES magazine 100 Most Influential People of 2020 in the “Pioneers” category and she teaches creative writing through her online course, The Writer’s Roadmap, which enabled her website to be named one of the 101 best websites for writers by Writer’s Digest.

• Harrison Bull
Harrison has been described as a teacher, coach, arbiter, and friend. He led the boys’ freshman gymnastics team from 1965 to 1985 which included nine State Championships. He left such a positive impact that the oldest Freshmen Gymnastics Invitational in Illinois was renamed to the Harrison Bull Gymnastics Invite in 1995. Not only a coach to gymnastics, Harrison taught self-esteem, confidence determination and perseverance to all students he had an opportunity to coach. He was also a Social Studies and Psychology teacher that was known to engage his students in spirited, often controversial outlooks on issues to help them develop their own perspectives and convictions on policies, rules, laws and more. Loyal, thoughtful, dedicated, and the person who saw the best in every single student enabled him to be a well-respected colleague and community member.

• Carolyn Kubitschek
Carolyn, a 1966 graduate of HTHS, is one of the leading attorneys in the United States in the fields of child welfare, civil rights, and disability law. She has devoted her career to advocating for the rights of poor people, especially mothers and children. A graduate of Oberlin College and the University of Chicago Law School.  She has been honored by the National Organization for Women’s NYC Chapter, the National Organization of Social Security Claimants’ Representatives, the New York State Coalition Against Domestic Violence, the New York State Bar Association, the New York County Lawyers’ Association, and the Family Defense Center. She has been selected as a Super Lawyer; an honor given to the top two percent of lawyers in the United States.  Ms. Kubitschek resides in Brooklyn, NY, with her husband, and has two sons and four grandchildren.

• Tim Seeden
Tim is a 1975 Hinsdale Central High School graduate who has spent time as a head football manager, radio station manager and key club manager. He has held many roles and responsibilities throughout his community over the years. Being the Lisle Village Clerk and a nationwide professional event planner and association manager are pieces of his current accomplishments. Tim holds many distinctions, awards, honors, and leadership roles through Boy Scouts of America including the Silver Beaver Recipient in 2011 which is the highest honor awarded to an adult. He celebrated 40 years as a registered Scouter in 2014, and held the role of Vice Chairman of District Operations for the Three Fires Council Boy Scouts of America. He was honored with the Lisle Distinguished Citizen Award in 1992, a seven-time recipient of the American Society of Association Executives, the co-founder of the ‘Lisle Recycle Now’ project, and the Lisle Eyes to the Skies Festival Music Chair. Tim more than exemplifies the values and traditions of Hinsdale Central, he lives them every day of his life and passes these passions on to others.

• Skip Begley, Coaching and Teaching
Mr. Begley worked at Hinsdale Central from 1996-2012. He came to Central as a physical education teacher and soccer coach for the girls and boys teams. Many conference championships were won by both teams. The 2009 women’s team captured the Illinois state championship. His successes both as a teacher and coach have been recognized by many associations as well as his peers. In 2018, he was inducted into the Hall of Fame of the Illinois High School Soccer Association.

• Jack Brennan, Teaching
Mr. Brennan began his teaching and coaching career at Hinsdale Central in 1980 and retired in 2010. He taught Spanish, coached football and basketball and served as the freshman class sponsor throughout his tenure. He considered all Central students his students even if they did not have him as a teacher or coach. Encouraging and supporting students to get involved and explore all that Hinsdale Central had to offer was one of his top priorities.

• Rolf Groseth, Education
Mr. Rolf graduated from HTHS in 1964. While a student at Hinsdale, he participated on the men’s championship swim team. His participation with this program led him to Michigan State University and their collegiate swim team where he was an All-American Swimmer his junior and senior years. Right after college graduation, Groseth entered the U.S. Army for two years and served in Vietnam for 12 months. Upon his return, Groseth earned his master’s and a doctorate in higher education and began working at various colleges and universities in the role of dean of students or coordinator of student services to student veterans. His career has taken him to many places, but his stay in the state of Montana has been lengthy and fruitful. He has worked for many years in the state of Montana’s educational system.

• Cathy Richardson, Music and Entertainment
Ms. Richardson graduated from Hinsdale Central in 1986. Her music career was in full swing at Central, where she was part of the vocal music department. She participated in the spring performances of the operetta as well as the Madrigal singers. Her love of music and performing has taken her to many places and she has taken on many personas.

Cathy is the lead singer for the band Jefferson Starship and her own group, the Cathy Richardson Band. She has written, produced, and released many albums. Richardson has sung on many national television and radio commercials. In 1999, Richardson was cast as Janis Joplin in the musical biopic “Love, Janis” at the Royal George Theater. Since this time, Cathy has performed around the world, produced soundtracks, and kept herself very busy, even being nominated for a Grammy. In 2018, singer-songwriter and fellow Jefferson Airplane member Grace Slick invited Richardson to sing in her place when Jefferson Airplane accepted its Grammy Lifetime Achievement Award.

• Bill Zillman, Community Service/Volunteer
Mr. Zillman graduated from HTHS in 1963. While a student at Hinsdale, he was very involved with the sports teams. A starting running back for the football team, Zillman held the record for the longest touchdown run from scrimmage (94 yards) for 40 years. As a track team member, he was the state champion in the 100-yard dash his senior year. After Zillman completed college, he was hired at Hinsdale South as a teacher and coach. Zillman moved to Arizona and continued to teach and coach until he moved into the private sector when he returned to the Chicagoland area in 1981. The year 1981 was also a turning point for Zillman in that he chose to make his lifestyle substance-free and work as a volunteer at Hazelden-Betty Ford Chicago and Rosecrance Chicago. Bill counsels individual patients and their families, providing them with the tools and encouragement to combat the often complex and baffling diseases encompassing substance abuse.

The Hinsdale Central Foundation was founded in 1991 as a means of providing support to the High School from alumni, parents, community members, and business leaders. Since its inception, the Foundation has supported student enrichment programs including Project Achieve, a grant to help students struggling academically, and the J. Kyle Braid Leadership Program.